An ability to meet challenges head on and remain focused on his goal has led a Carey School alumnus to the doorstep of achieving his dream of becoming a physician.

Adolfo Andazola, a 2015 Carey School graduate, has been accepted into the University of Washington School of Medicine. There, he will work to learn the skills necessary to serve the Latino community as a primary care doctor.

Andazola arrived in Blaine County at the age of 11. When he started sixth grade at Carey School in 2008, he had limited English skills and knew few people outside of his family. He quickly earned the admiration of his teachers and peers for his relentless work ethic and would go on to become class salutatorian and student body president.

After high school, he attended Idaho State University, where he double majored in medical laboratory science and Spanish for the health professions. He was named ISU’s Undergraduate Student of the Year in 2018.

The perseverance he learned as a young student was on full display after he graduated with his bachelor’s degree. He took the MCAT several times, had two gap years and applied to 22 medical schools—only to get rejected each time.

He finally reached the next step in his journey when he received the acceptance letter from the UW School of Medicine. He begins this fall.

“I now understand that what I once saw as a failure was life preparing me for the next step,” said Andazola. “All I can say to other students pursuing their dream in the medical field is to accept your failures, take them with humility and learn from them. But most importantly, never quit on your goals, regardless of how long it takes. The only way to lose a fight is to quit.”

The Blaine County School District congratulates Adolfo Andazola on his accomplishment and for all the ways he positively reflects our schools and community. 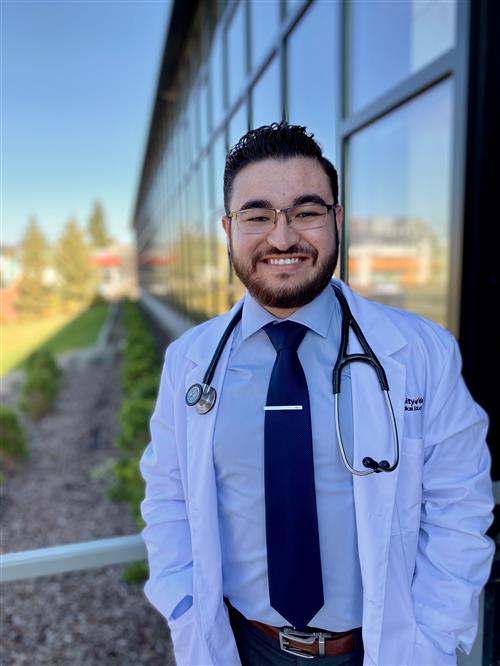