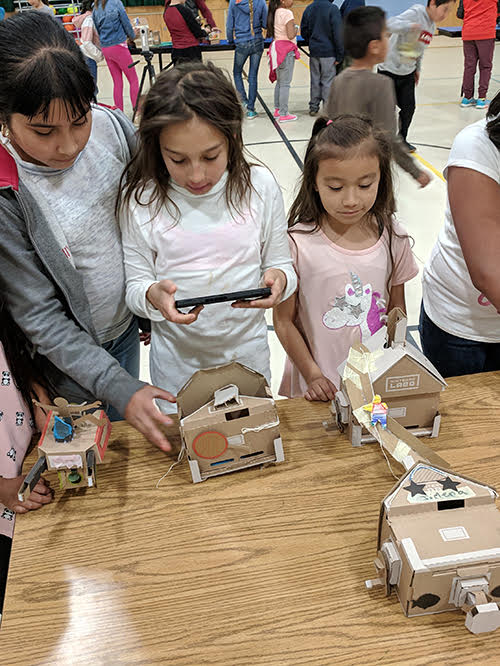 Students at Alturas Elementary added a new twist to the traditional science fair with a Labo Fair where they brought cardboard toys to life using Nintendo Labo kits.  According to the Nintendo website, “Nintendo Labo is a toys to life concept developed by Nintendo and was released in April 2018. Labo consists of 2 parts, where one part is a game and one part is multiple sheets of cardboard. The games come as kits that include cardboard cut-outs and other materials that are to be assembled in combination with the Nintendo Switch console display and Joy-Con controllers to create a "Toy-Con" that can interact with the included game software and vice versa. Nintendo designed Labo as a way to teach principles of engineering, physics, and basic programming.”